We’re trying out a different email service provider to improve the usability of our service, and this newsletter is part of our testing. I would say tell us if you haven’t received this newsletter, but then again you wouldn’t see that message. How about this: let us know any feedback you have on this email, including the presentation of content.

This year we plan to release our Year-End Higher Ed LMS Market Analysis report in early January, rather than at the end of that month. Now on to the post.

We have noted for several years how the academic LMS markets – more so for higher ed than for K-12 – has consolidated around four providers: Instructure Canvas, D2L Brightspace, Anthology Bb Learn, and Moodle. This trend is more advanced in North America than other regions, but over time we see the same trend globally. From the Year-End 2021 report (with new data coming out next month): 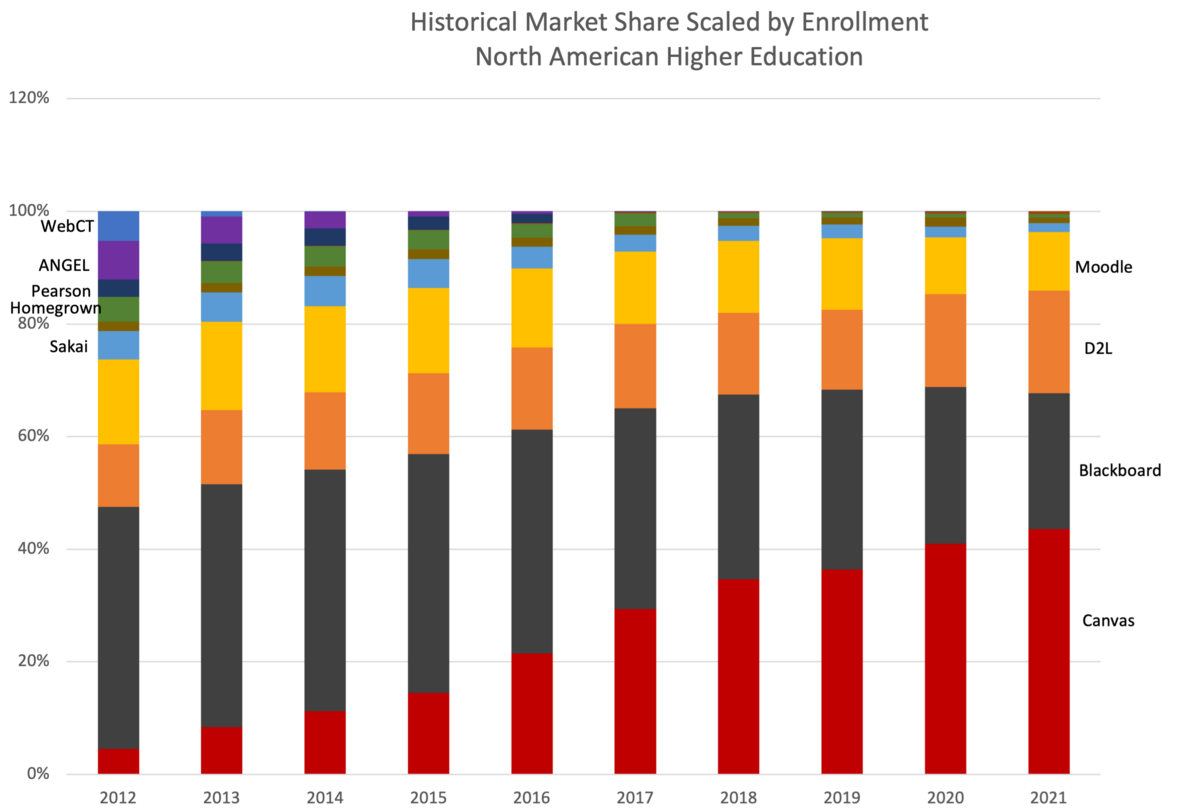 At Educause we noted a surprising booth from Cypher Learning.

Wait, what? Yes, the company behind the NEO LMS, that has several dozen higher education institution clients in the Philippines and Latin America, had the third biggest presence at Educause. Their management has previously told us that they plan to enter the competitive North American LMS market, backed partially by their $40 million funding round from last year, and I guess Educause could be seen as their coming out party. Not that many people noticed – there was no real news tied to the event other than the large spend. But Cypher Learning might be worth watching to see if they can make it into any upcoming LMS evaluation processes.

I was able to get an updated demo and management discussion with Cypher Learning, which helped clarify the company’s strategy. Should you expect to see them competing in academic tenders / RFPs?

Cypher’s business is roughly broken down as 50% corporate, 25% higher education, and 25% K-12. In higher ed, the NEO LMS has had its biggest client base in the Philippines. 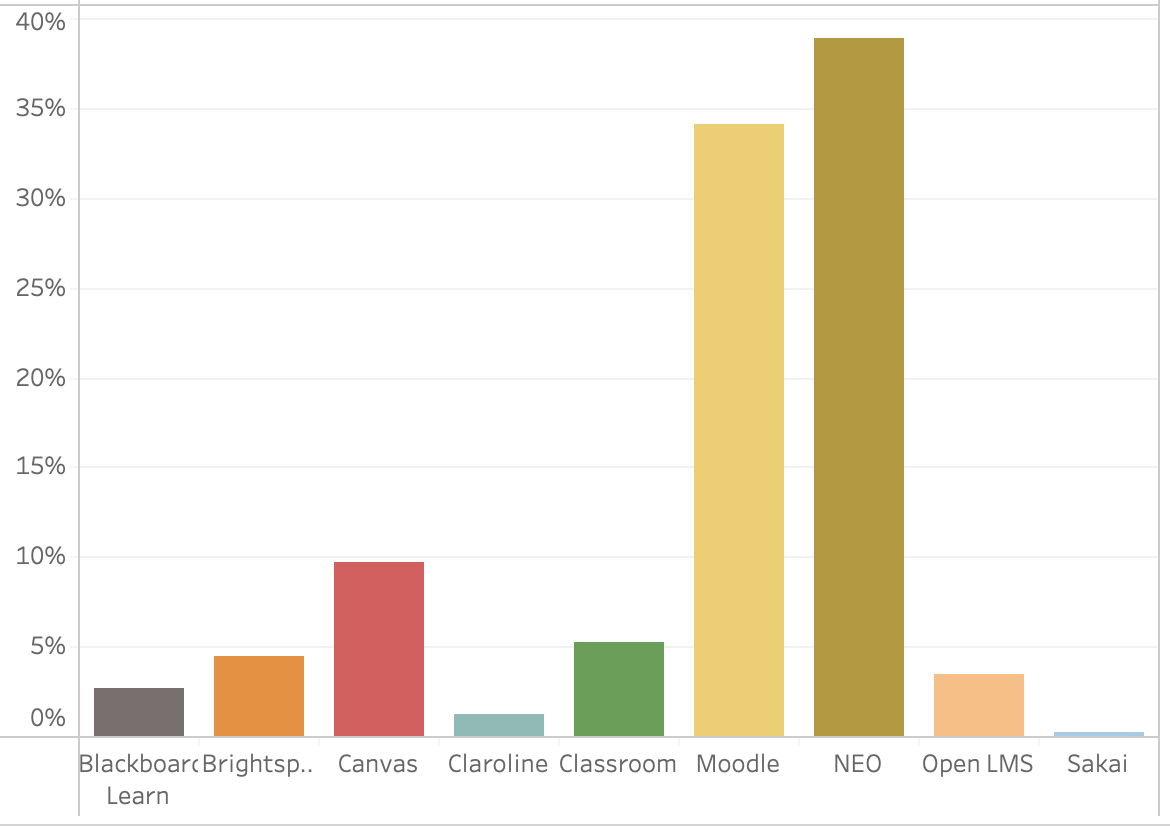 NEO is also used in higher education in Latin America (1.3%) and some other areas. A classic long tail entity.

Last year Cypher Learning raised its first round of investment – $40 million led by Invictus. Part of what we’re seeing with the company’s Educause and Online Educa Berlin (OEB) booth presence is the company starting to spend that money.

The product itself, which is now billed as the Cypher Learning Intelligent Learning Platform, is surprisingly full-featured for a long-tail provider. Cypher points out, however, that they have been in business for over a decade, and their approach benefits from common platform development for corporate and academic markets. The design is heavy on mastery learning and competency features, and is heavy on a customizable dashboard approach. 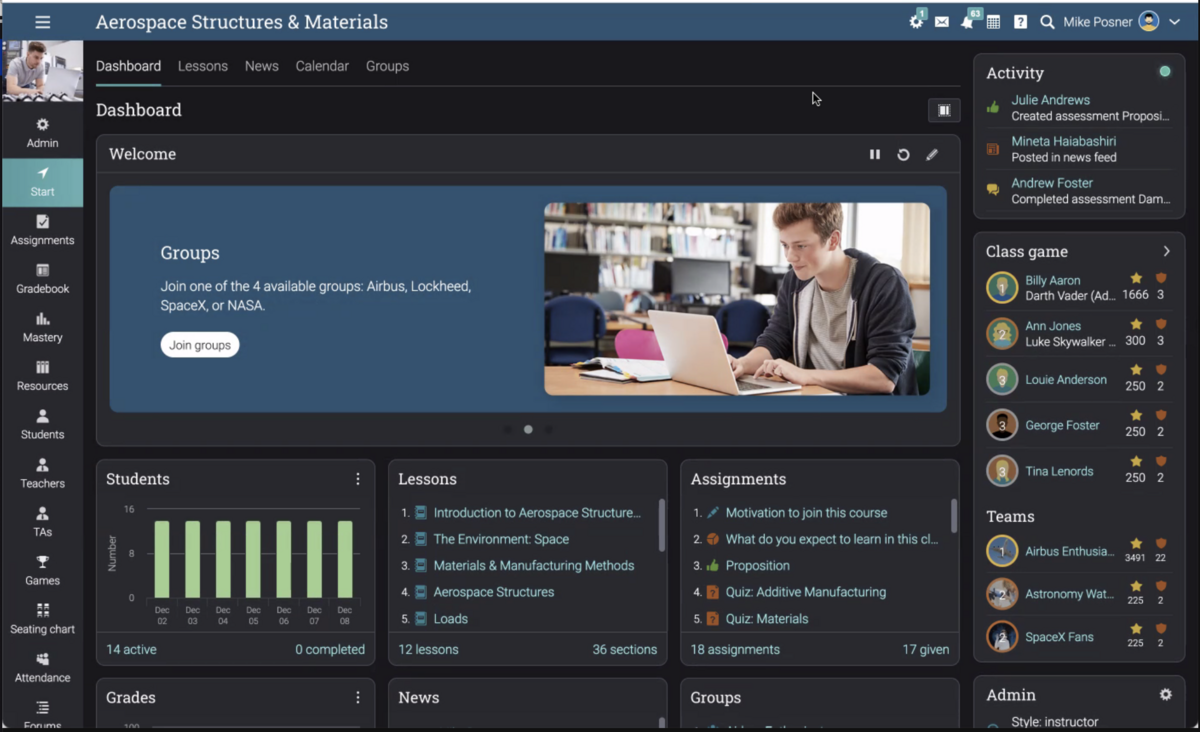 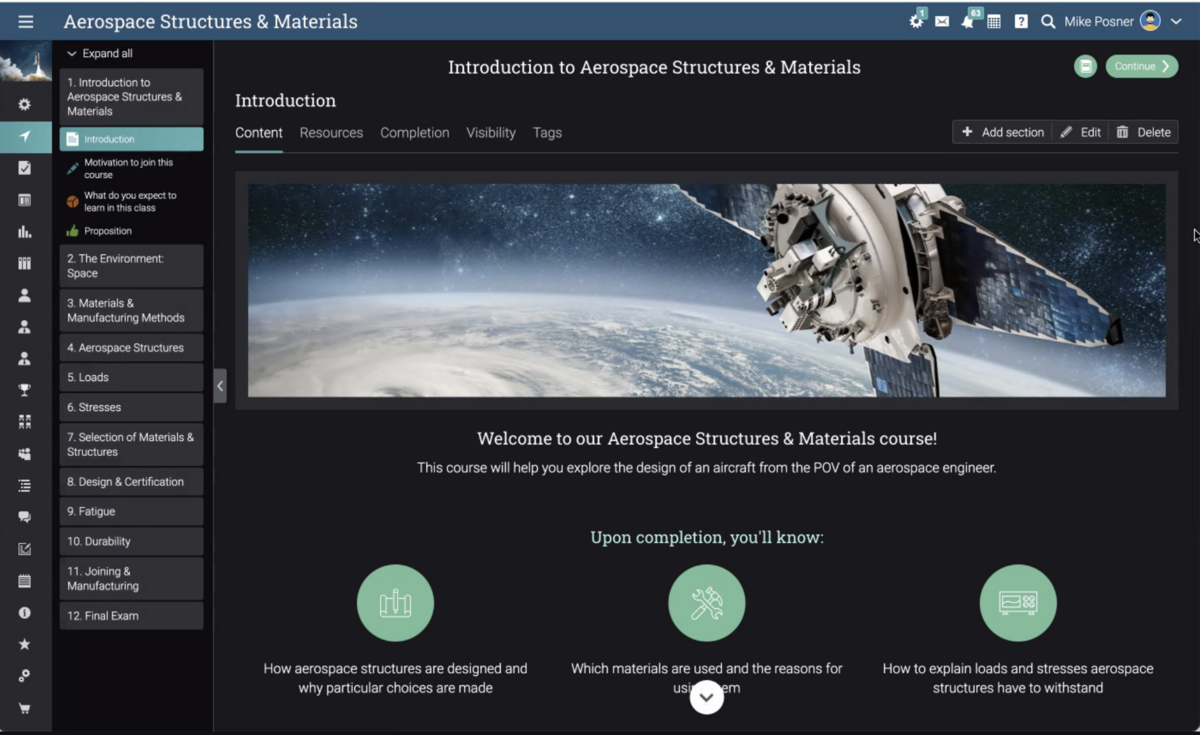 To get back to my original question: Should you expect to see Cypher competing in academic tenders / RFPs?

When I asked Cypher executives about their target markets, they indicated that while they’re willing to compete on individual institution tenders / RFPs, their corporate strategy is to target large, more centralized systems that are willing to be aggressive in institutional transformation. What this means in reality is somewhat like NetDragon’s new approach with Edmodo – try to compete in nationwide ministry of education deals and avoid investing a large sales force. The Middle East – including Qatar’s K-12 sector – is a major target, but there are also large systems of interest in Latin America.

What is interesting is that Cypher executives said that they don’t run into Edmodo even though both companies’ stated strategies are similar. Edmodo in Egypt K-12, Cypher in Qatar.

I would expect to see Cypher Learning show up more often in regional conferences and system-level tenders / RFPs. And perhaps in select institutional selections. But I would not expect a major change in the market consolidation numbers overall.

Speaking of large system deals for LMS, one of the largest currently underway comes from the Nordic countries.

On behalf of the Nordic NRENs , Swedish SUNET, Danish DeiC, Icelandic RHnet, and Finnish CSC/Funet, NORDUnet has issued an Invite To Tender to encourage Learning Management System vendors to bid for framework contracts for a Learning Management Solution (LMS) for the four countries.

That one will be interesting to watch in 2023.